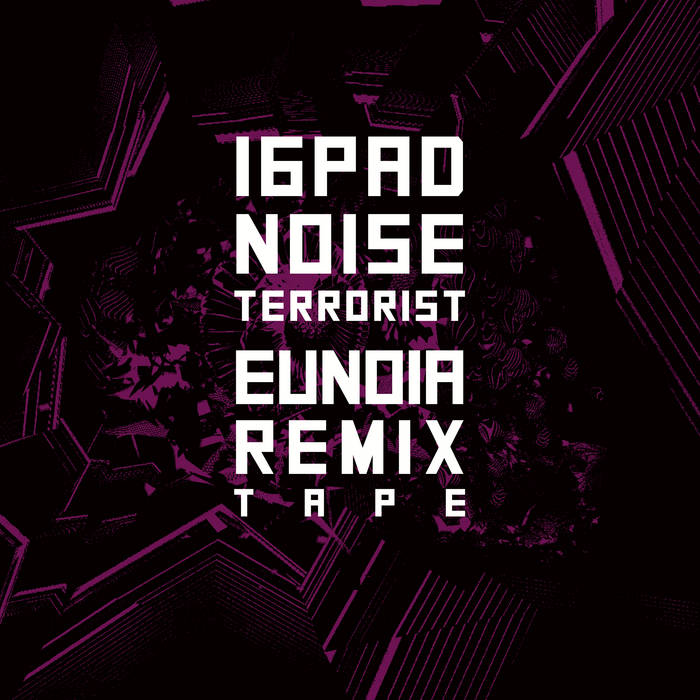 If Spinning It's Winning 🇩🇰

An 87 minute album addressing the subject matter of human interaction – that calls for a remix party, doesn’t it? The assorted sounds of 16PAD NOISE TERRORIST’s much regarded “Eunioa” prove a perfect template for an eclectic array of makeovers, with the participating artists fathoming the extremes of the dance floor-friendly and the atmospheric, the ingeniously simple and the outright experimental, alternatively sporting broken, straight or no beats at all. 87 minutes of big name diversity. And for the first time in no less than a quarter of a century HANDS will also release this mix tape as such, i.e. in the cassette format!
Remix albums tend to be mined territory for the genre purist, and this makes no exception: Techno/industrial bangers by TOMOHIKO SAGAE and KATRAN alternate with more freeform rhythmic pieces by XOTOX, HOTTEK or ECSTASPHERE and straight rhythm’n’noise, courtesy of YURA YURA; broken beats (listed from slow to very fast) feature in the remixes by 16PNT, NOISEPAD MONKEY, MONOLOG, END.USER and UNHUMAN, while SIGNALSTOERUNG, TALVEKOIDIK and THE_EMPATH play with dark melodic leads and tentative sonic tapestries are painted by HUREN (gritty and somber) and XABEC (fragile and haunting).
Thus, every artist has done what a good remix should be about: Appropriating other people’s sounds to your own style. The result is a mind-blowing journey – press play, enjoy, rewind!

16Pad Noise Terrorist (aka Candy Schlueer) appeared in the spotlight of the dark drum n bass scene in 2006 having 10 years experience in music production and DJing. Since 2000 Candy has been a resident DJ in the famous club in LE.
He released as "Paulebb" some Tapes as well as a 12" named "Patient X".
16 PNT's newest release is his 2nd Album "EVILUTION". And like "Utopia" it is released on HANDS. ... more

Bandcamp Daily  your guide to the world of Bandcamp

Featuring appearances from Kari Faux, Bluestaeb and and interview with NY-bred artist Wiki